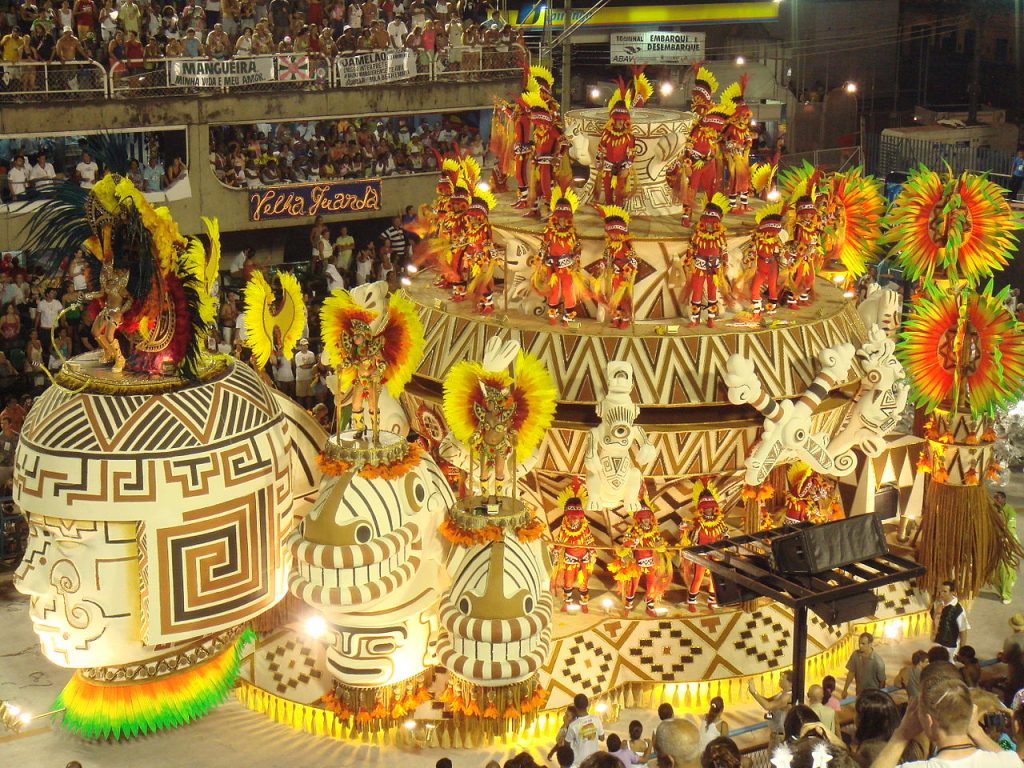 Filled with colour, music, incredible costumes, illumination, dancing and vivacity, carnivals are a good way to relieve stress and charge your batteries. Some might disagree and would rather stay at home and read a book, watch a movie or place some bets on slot-news.com, but if youre not the sedentary type, then carnivals might float your boat.
In what follows, you will find a list of the most famous carnivals around the world, and maybe they will help you decide to book your spring holiday already.
Rio de Janeiro Carnival, Brazil
By far the largest and best known carnival in the world, the Rio de Janeiro celebration is the worldwide standard for huge carnivals.
It takes place 40 days before Easter, in February or March had has been held annually since 1723. It goes on for four days, Saturday through Tuesday, but the most impressive parades take place on the Sunday and Monday of the event.

The famous floats are staffed with samba schools or trained groups of neighbours. Around two million people attend Rios carnival every year and the streets are full each day, with revelers curious to watch performances from around 200 samba schools and 300 neighbourhood street bands.
Santa Cruz de Tenerife Carnival in Spain
In Europe, the most popular and internationally known celebration after Brazils carnival is the one celebrated in Santa Cruz de Tenerife, in the Canary Islands every February.
The party usually starts ona Friday and continues straight through Ash Wednesday when the Lent starts and participants go through a tradition calledentierro de la sardina(meaning burial of the sardine). For several weeks, the people of Tenerife and visitors from all over the world party to the rhythm of Latin music.
The main event is the election of the Queen of the Carnival. The presentation of the candidates, who are dressed in lavish, sparkly costumes weighing up to 150 – 200 kilos, is followed by half a million people every year. In between, there are parades, dances, concerts and fireworks to attend.
Venice Carnival, Italy
The Venice Carnival takes place each year in the 20-day period leading up to Ash Wednesday, but the most exciting events occur in the last two weeks.
The festival is full of history and tradition and its one of Europes most extravagant and elegant events, as thousands of people wearing elaborate traditional costumes and masks take part in public and private events and parties. It is said to date all the way back to the twelfth or thirteenth century, when nobles disguised in masks in order to mingle with the poor folk.
Mardi Gras in New Orleans, USA
Set in The Big Easy city, Mardi Gras is one of the most famous festivals in the United States. The celebrations draw hundreds of thousands of tourists to the city to attend parades with floats and costumed people.
Mardi Gras festivities were held for the first time in Louisiana on March 3, 1699, when a group of French explorers set up camp on the west bank of the Mississippi River, but the carnival was legally declared a holiday inLouisianain 1875.
The colorful parades are attended by revelers dressed in purple, green, and gold and adorned with long beads. The majority usually gets tipsy and flashes body parts while onlookers chuck sweets at them.